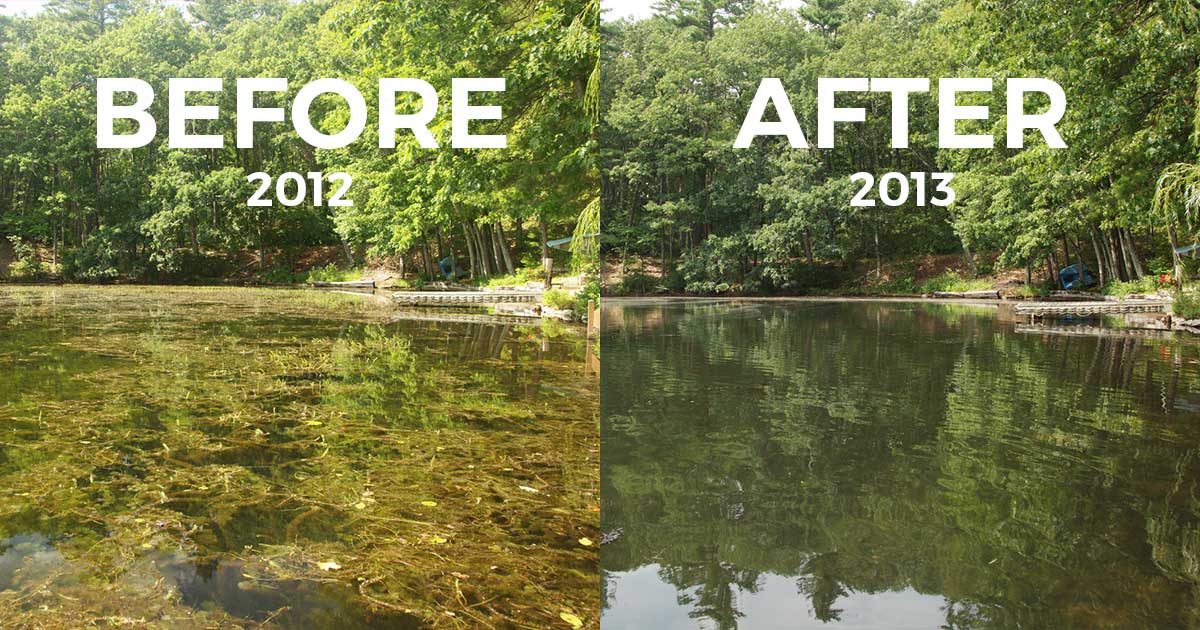 Why have we posted this story?

The Groton Lakes Association (GLA) is facing a “watershed” period in its efforts to manage the non-native invasive weed problem in Lost Lake and Knops Pond. The problem that we are facing, starting in FY 2022, is that going forward, the GLA will have no access to Town funding to pay for a future whole lake treatment that will be needed in about six years.

The GLA will have to pay for this whole lake treatment out of its own pocket as well as the bulk of the costs for annual spot treatments over the next 6 years. There is a high probability that the GLA will not have enough money to do so, unless we expand our funding capability. To accomplish this we would have to expand our membership beyond the ~50% of the current shore front home owners who contribute to the GLA or receive higher donations from the current GLA members.

The History of the Last 11 years of GLA Weed Management

In 2011 a major effort was initiated to more aggressively deal with these weeds that didn’t involve the use of the weed harvester that was being used up until that time to literally mow the weeds so that they could be carted away in a large dump trailer. This method required a lot of time, manpower and unfortunately resulted in leaving behind small weed fragments that would reseed the lakes with even more weeds, thereby magnifying the weed growth. In that period of time Lost Lake and Knops Pond were dying a slow death with dense weed growth that prevented swimming, fishing and even boating in many areas of the lakes.

A new solution had to be found, approved and funded so that Lost Lake and Knops Pond could be saved. Numerous mechanical methods were tried, but the only method that was successful was the application of herbicides. Protecting the environment was a priority and the herbicide of choice, approved by EPA for use in reservoirs, is Sonar.

Once the GLA received State and Town approval to use Sonar in 2012, the next hurdle would be how to fund it. The estimated cost to treat Lost Lake and Knops Pond was $95,000. Fortunately, the Town Meeting of Groton voted to pay for the treatment. The Town funded the treatment using “free cash” or excess funds. Using this Free Cash, the GLA, was able to do a whole lake treatment in 2012 with incredible success. No humans, animals or fish were harmed but the weeds were gone throughout the entire water body. 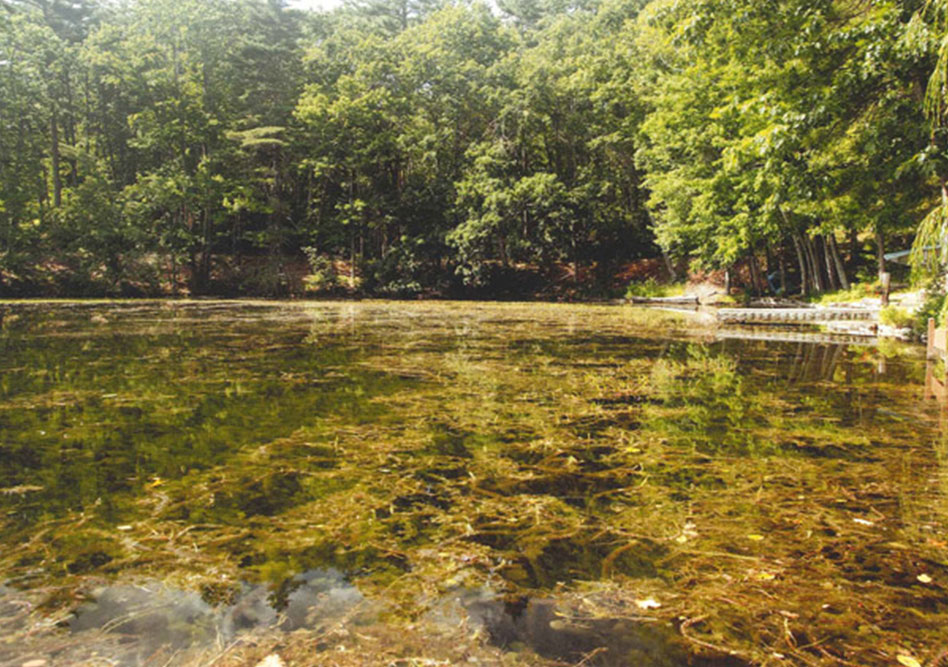 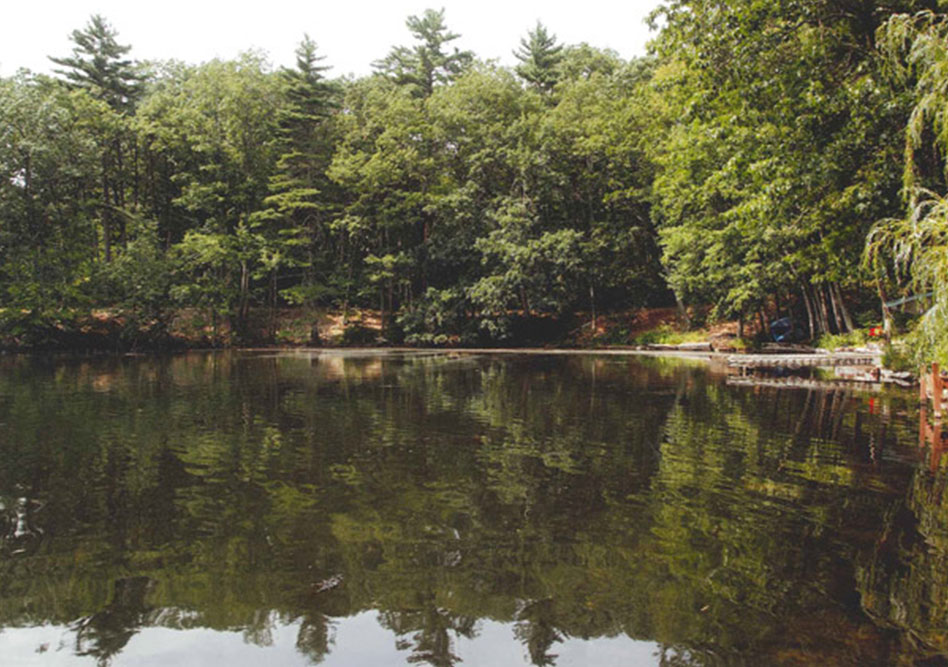 After Weed Treatment (2013)
A video completed in 2011-2012, showing above and below the water, how severe the weed problem was ten years ago including footage off Sargisson Beach.

Going forward we will need additional financial support from everyone who loves and cares about this wonderful place that is a key asset to the Town of Groton. 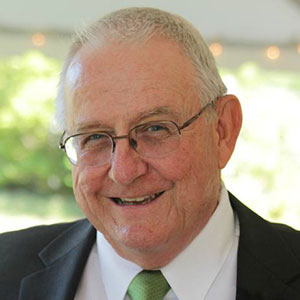 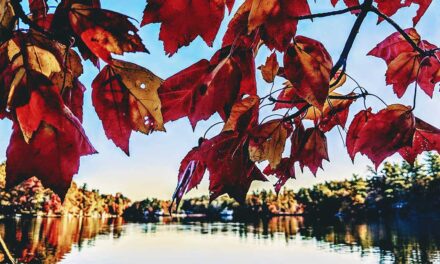 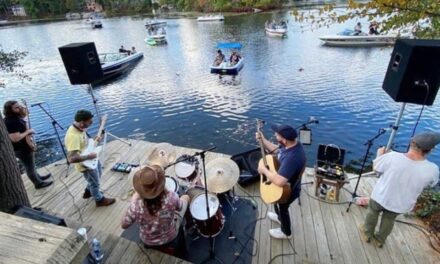 Outdoor Concert to Benefit GLA: Join Us On Land or Water 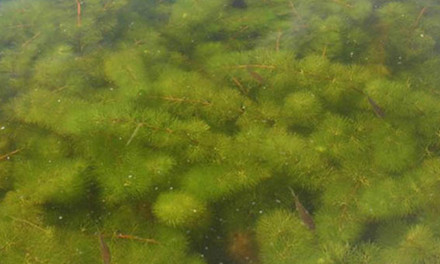 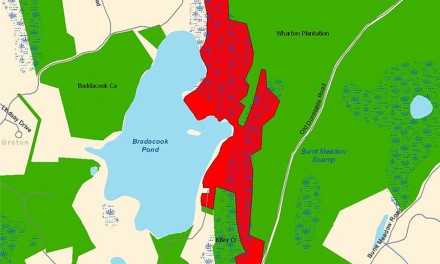