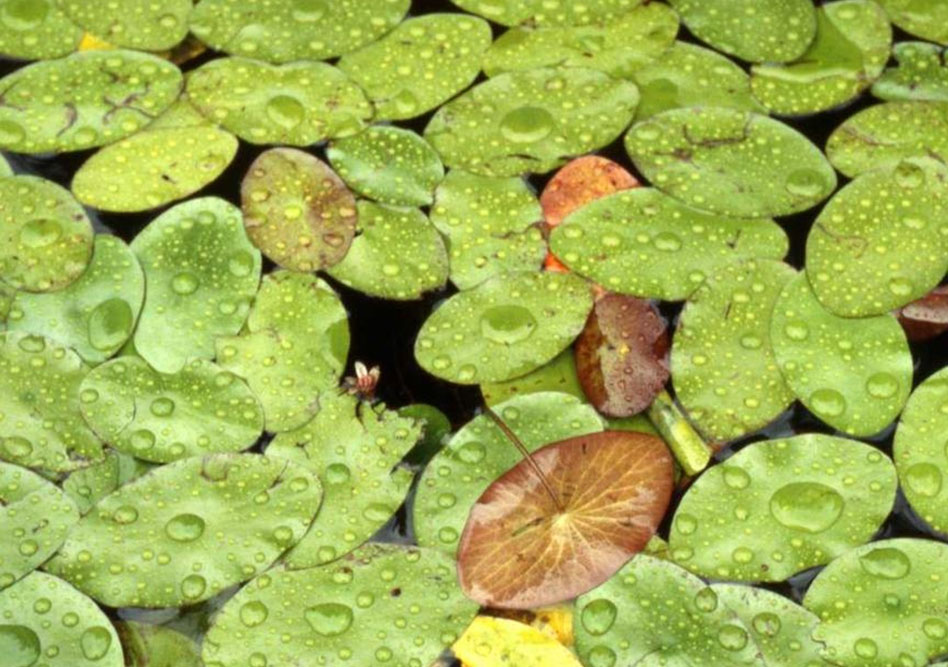 Floating leafs oval to eliptical with smooth, unlobed edges. The “stem” (petiole) is attached to the middle of the leaf. Leaves may be 2 – 5 inches in length. A slimy, gelatinous coating covers the underside of leaf and stem particularly on mature plants. a dull purple flower is produced in early summer. Growth is from a rootstock. Usually found in shallow, acid waters throughout the eastern United States, Gulf regions and Pacific coast.

Coontail is also known by the common name hornwort. The common names refer to its full, bottle-brush-like growth form and its forked, antler-shaped leaves. The Latin name Ceratophyllum pertains to the horned leaf edges- Cerato derives from the Greek word “keras” (horn, as in rhinoceros). Phyllum means leaf.

Coontail does not produce roots, instead it absorbs all the nutrients it requires from the surrounding water. If it is growing near the lake bottom, it will form modified leaves which it uses to anchor to the sediment. However, it can float free in the water column, and sometimes forms dense mats just below the surface. Because it gets nutrients from the water, it grows best where these nutrient levels are high. 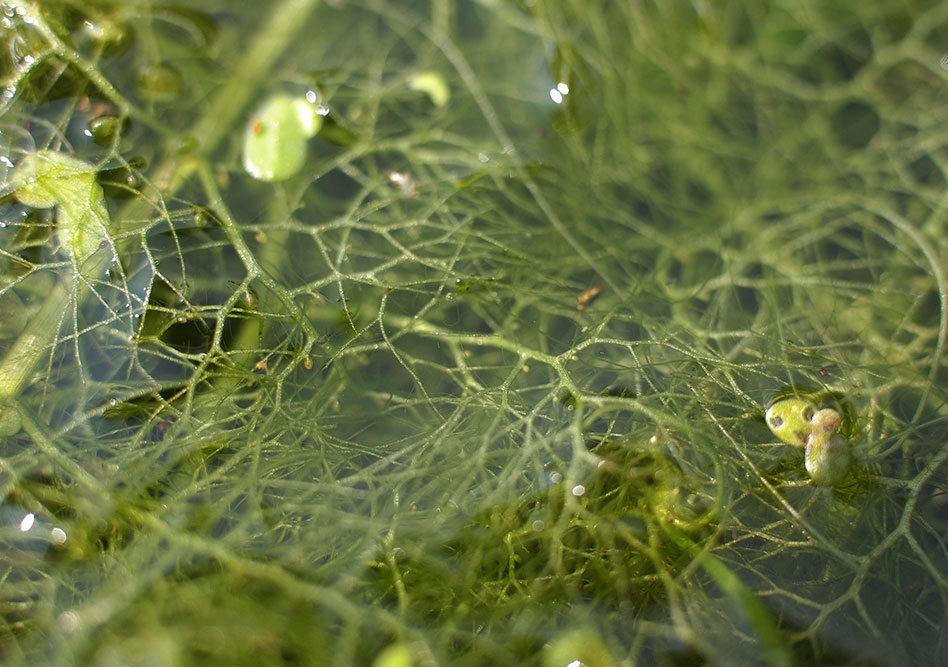 This plant is called Bladderwort, because it has little puffed up pockets, like little bladders on its leaves. You would be quite lucky to spot its pretty yellow flowers, as Bladderwort rarely produces them.
Bladderwort loves deep freshwater and can be found in freshwater lakes and ditches. It loves water that is rich in silt and dissolved nutrients.

The little bladder sacks are filled with air to help keep the plant floating near the surface. The bladders also trap little water insects, like water fleas, which die and decay. The insects’ bodies release minerals, which are absorbed by the plant. The Bladderwort gets its energy in two ways; first by photosynthesis and second through its carnivorous insect-eating activities.

Fun Fact: As water insects swim past, the bladder snaps open and sucks the insect inside. 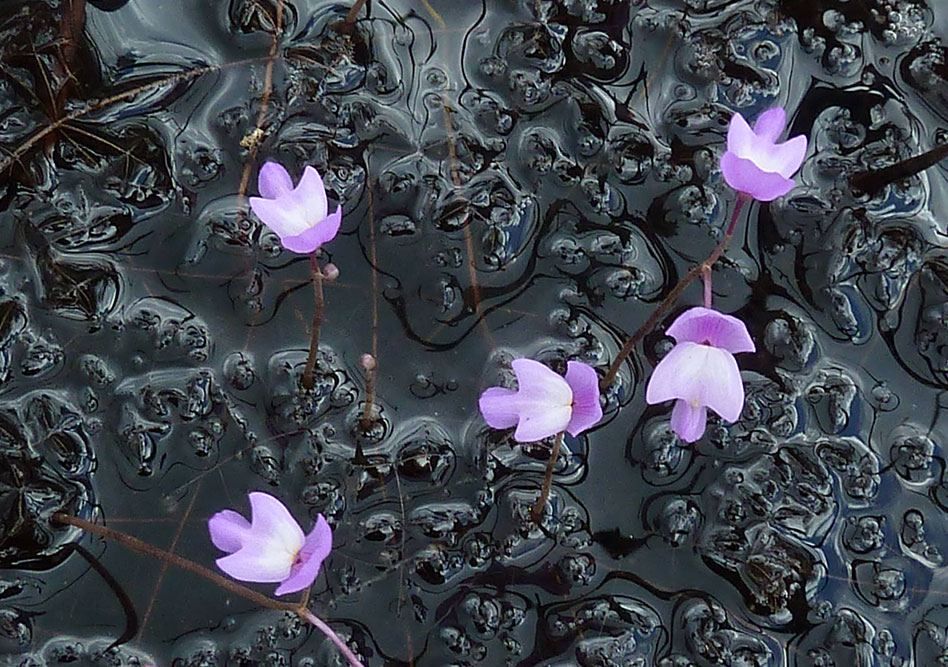 Essentially a species variant of the common Bladderwort. Additional interesting info… Despite the substantial investment in bladders, they capture few aquatic microinvertebrates. Almost all mature bladders, however, have living communities of algae, zooplankton, and associated debris. These results support the hypotheses that the important association in Utricularia bladders is a mutualism rather than a predator-prey interaction and that the major benefit to the plant from bladders is derived from this community.

A rapid growing fine-stemmed native plant having neither roots nor flowers. Stem elongates and branches forming a delicate green screen which will successfully conceal small fry. Grows best in a sunny location; neutral to alkaline water.